How It All Began

In the early 90s for family reasons I moved from Aberdeen to Denmark where I then opened a well known skin and hair care franchise. The shop fit for the new store unfortunately cost many times more than we had in our budget meaning we had to borrow a large amount putting us into an unplanned high debt. After opening the new store we then set about doing all we all we could to get the turnover up to a level that would help us to reduce the debt as fast as possible. We seemed to struggle along for the first few years always having to work very long hours for what appeared to be little or no return.
It seemed nothing we did made any real impact on our growing debt. Any extra profit we did make at Christmas (December accounted for over 30% of our annual turnover) seemed to instantly disappear on bank charges and extra costs.

Will We Lose Everything ?

In our third year of trading we were then approached by the Head Franchisee responsible for the running of Danish operations about opening a second store in the nearby town, we felt having the two stores would give us exclusivity for that region and be a good business move. The Head Franchisee suggested that if we went ahead they would give us favourable terms on a loan to finance the store shop fit and help with the first six months stock. On paper this all looked like a good idea and one that could secure the whole business for the future. In the first few months the new store did well, however it never took off in the way we had hoped or planned. The local competition in the new town was very tough and the customers were proving to be very loyal to our main competitor, which had traded there for a generation. Around this time our Head Franchisee made it clear to us that unless we were able to repay the monies we owed to them (which by this time was considerable) we would run the risk of losing both stores. We continued to do everything we could to try to keep the business afloat but nothing we did seemed to make enough of a difference. We then fortunately managed to off load the new store to another business leaving us with our original store and around 6-7 weeks stock. We would not be able to buy any more stock at this time due to our debt we had with the head franchisee so we had to do something different. Looking back, that experience changed my perception about things; here I was thinking, “We’re finished, we’re going to lose it all,” when what I really needed was a positive outlook and to be open to new ideas. From then on, I felt things were beginning to change.

In the beginning when I started working on the new techniques it was all a bit trial and error but that was to my advantage as it showed me what DIDN’T work. Over time and constant interaction with customers on the shop floor, the techniques started to take real shape. With everyone in the team agreeing to get behind the new ideas the turnover began to slowly climb and there was also a huge shift in attitude amongst the staff. Everyone had become much more positive and there was a real buzz beginning to grow in the store. I used many different ways to keep the team focused and on track but the best result by far came from coaching the staff individually on the shop floor, and by leading from the front by serving customers myself. After around 12 months of working with the techniques, the store results had increased by an amazing 42% compared with Denmark’s overall annual growth rate of 12%. This attracted the attention of the franchise HQ in the UK .

Bringing “You Are The Difference” to the World

A representative from the company visited Denmark to have a look at what we were up to. They wanted to know why our figures were so good.  I explained to her how we had turned things around and just how reliable these techniques were.
I asked to be allowed to try the new techniques back in the UK as I was eager to prove that they could work anywhere.
If l could show just how successful I could be with the techniques in a store I had never worked in before, people would have to take notice. I truly believed I had developed a programme that could be used in any store anywhere in the world. Now over 20 years later the YATD Customer Service Programme is used all over the world by a variety of both large and small organisations and business. It has been an amazing journey and one I continue to look forward to every day! 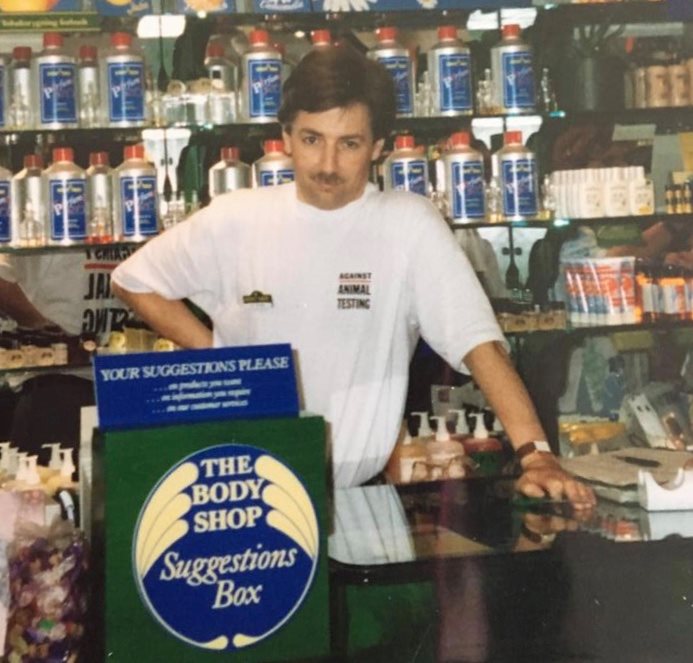 The early days in my Body Shop store in Denmark, gave me the platform I needed to help me create the YATD techniques and programme. Working on the shop floor every day provided me with the opportunity to try out new ideas with live customer interactions 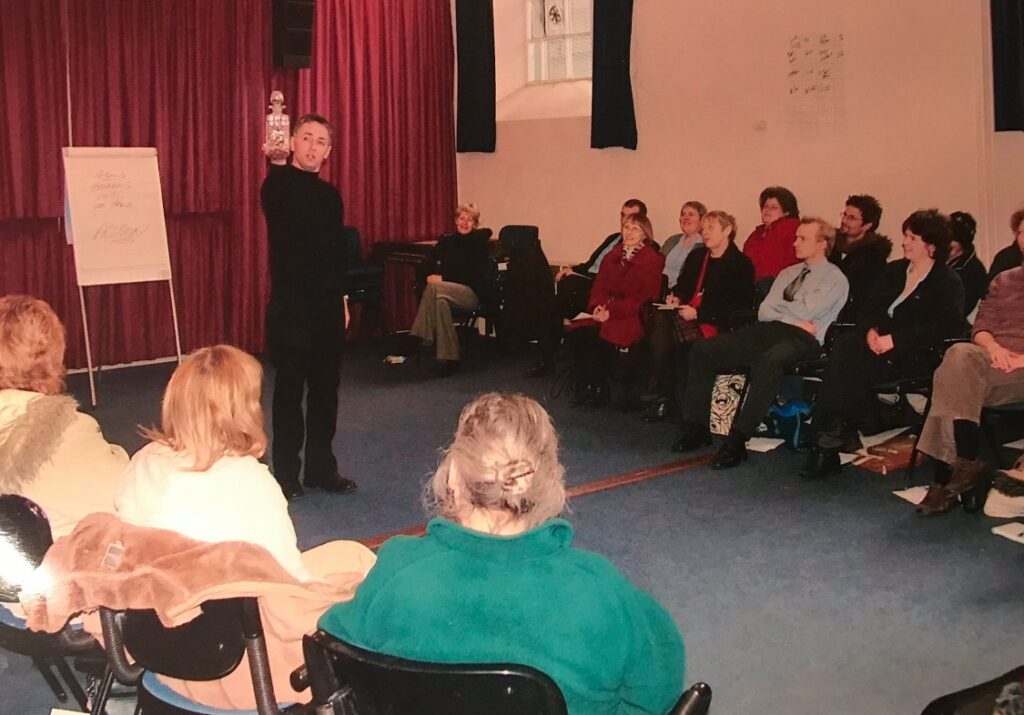 When I started out and I needed to practice delivering YATD sessions to an audience and build my confidence, I ran free sessions in a local church hall to anyone who would listen. Twenty years later and over 2000 sessions later I think I’m getting the hang of it. Someone once said “Practice till you can’t get it wrong, not just till you get it right!

close
close
Start typing to see products you are looking for.
We use cookies on our website to give you the most relevant experience by remembering your preferences and repeat visits. By clicking “Accept All”, you consent to the use of ALL the cookies. However, you may visit "Cookie Settings" to provide a controlled consent.
Cookie SettingsAccept All
Manage consent

This website uses cookies to improve your experience while you navigate through the website. Out of these, the cookies that are categorized as necessary are stored on your browser as they are essential for the working of basic functionalities of the website. We also use third-party cookies that help us analyze and understand how you use this website. These cookies will be stored in your browser only with your consent. You also have the option to opt-out of these cookies. But opting out of some of these cookies may affect your browsing experience.
Necessary Always Enabled
Necessary cookies are absolutely essential for the website to function properly. These cookies ensure basic functionalities and security features of the website, anonymously.
Functional
Functional cookies help to perform certain functionalities like sharing the content of the website on social media platforms, collect feedbacks, and other third-party features.
Performance
Performance cookies are used to understand and analyze the key performance indexes of the website which helps in delivering a better user experience for the visitors.
Analytics
Analytical cookies are used to understand how visitors interact with the website. These cookies help provide information on metrics the number of visitors, bounce rate, traffic source, etc.
Advertisement
Advertisement cookies are used to provide visitors with relevant ads and marketing campaigns. These cookies track visitors across websites and collect information to provide customized ads.
Others
Other uncategorized cookies are those that are being analyzed and have not been classified into a category as yet.
SAVE & ACCEPT
Scroll To Top
We use cookies to improve your experience on our website. By browsing this website, you agree to our use of cookies.
Accept